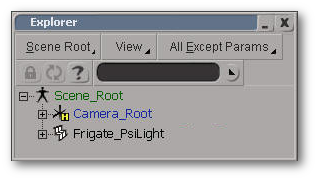 1) Press the “8” key (not on the number pad) to access the Explorer window. The Explorer allows you to view the hierarchy (parent/child relationships) of your scene, as well as an overview of objects, materials, images, etc. By expanding individual objects in Explorer, you are also able to access and edit those objects’ properties.

2) Within Explorer, press S to view the hierarchy of your Scene_Root, if you aren’t already there.

3) With the mesh selected, In the “Get” section of the Model/Animate/Render/Simulate Toolbar, goPrimitive --> Null.

4) This new null should appear under the Scene_Root as “null”. 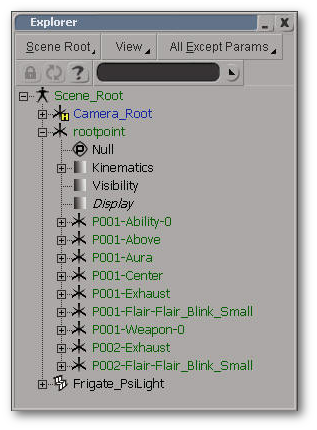 5) Select this null, press F2 and rename it to “rootpoint”. All meshpoints you create from here on in should be placed under this “rootpoint” null in the Explorer. To do this, simply drag and drop the meshpoint nulls into the rootpoint. Any nulls outside the rootpoint will not be recognized as a meshpoint by convertxsi.exe and will not be converted. 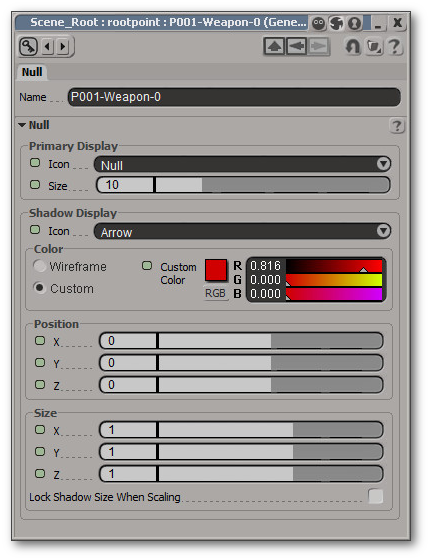 6) Select a meshpoint null and press Enter (Alternatively, you can just double-click it in Explorer). This should bring up the Property Edit Box for that null. From this property editor, you can set-up any visual cues for that null.

Although these properties do not affect the respective meshpoints in the resulting *.mesh file, the visual cues are helpful within xsi (e.g. increasing “Size” helps with visibility, changing “Icon” into Arrow helps with orientation recognition, “Custom Color” helps differentiate weapons points from buff points, etc.).

7) In XSI, nulls cannot have the exact same name as another null. To allow output *.mesh files to have meshpoints that have the same name, nulls are named with a prefix within XSI. During conversion into *.mesh, convertxsi.exe deletes the 5-character prefix of a null’s name. The convention at Ironclad is for each meshpoint null to have a Pxxx- prefix. Basically nulls named “P001-Ability-0” and “P002-Ability-0” will eventually both become meshpoints with the name “Ability-0” in the output *.mesh file.

P001-Above (shares the x and z value of the center)

P001-Aura (shares the x and z value of the center) 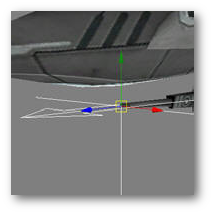 a) Select the null and turn its Shadow Display Icon to “Arrow” or: 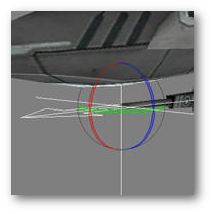 10) To rotate the null, hit the c key to turn on the Rotate Tool

11) Rotate the null until you get the desired orientation.